Plattenbau(haus) is a site specific installation in the form of a painted construction billboard. It sits in a vacant lot advertising a forthcoming Plattenbau complex.

A city’s architecture can be used as a way to manage its identity, culture, and even memory. As a city grows it creates layers of architecture, some with competing narratives. In Weimar there are many periods of historical significance which are represented architecturally in their original forms or re-staged. Buildings deemed of no architectural or cultural significance are demolished or reworked to fit the desired narrative. As a result authentic-reproductions of 18th and 19th century buildings attempt to repair the narrative and effectively reset the city to an earlier time. There has been little or no attempt to reconcile the GDR era architecture into the narrative which has resulted in architectural pentimento.

The term pentimento is used in fine art to describe trace elements leftover from an alteration. In the same way that an under-drawing or original brush mark can reappear in an oil painting, the scars and remnants of past architecture appear throughout a city. This phenomenon is seen with the Plattenbau of Weimar West. They are regarded as a post-war GDR relic and have been effectively written out of the city’s desired touristic and cultural image. By contrast the 1920’s Bauhaus structure the Haus am Horn fits quite well within the narrative. It can be argued that this single building holds more significance in the narrative than the sum of all the GDR architecture.

Plattenbau(haus) depicts a Weimar West Plattenbau complex created entirely from repeating Haus am Horn units. In folding together these two structures its objective is to bridge the gap in the narrative and to highlight the process in which the city’s memory can be defined through the manipulation of architecture. 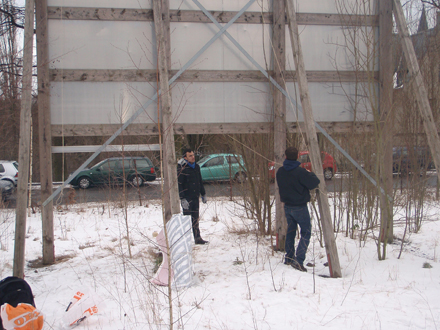 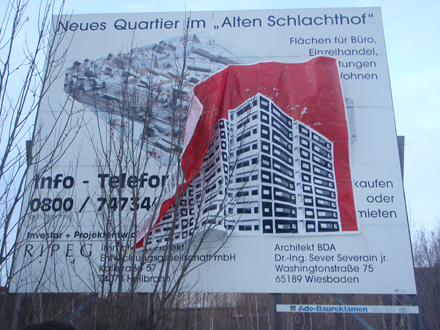 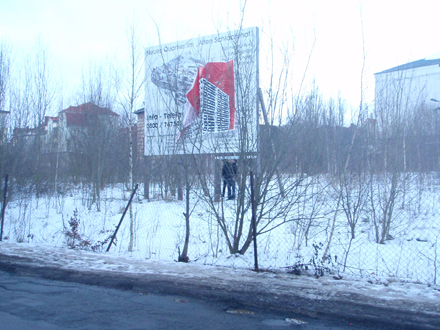 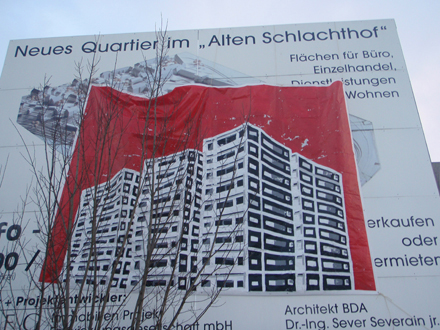 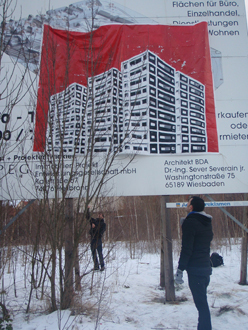 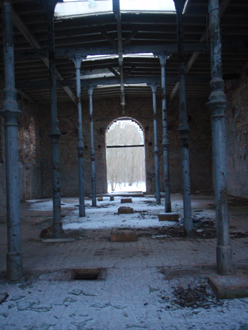 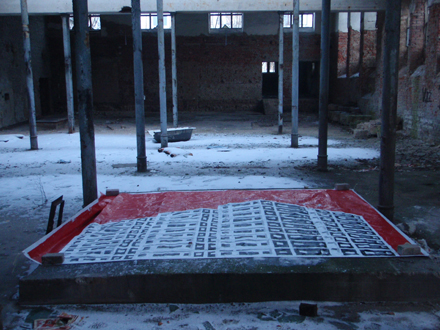 For the introduction, several projects that took place at the Sarajevo Center of Contemporary Art (SCCA) will be presented. The Center has been exploring a new understanding of art through the development of various activities since it’s founding in 1996, directly after the end of the Bosnian War. Within this framework, Dakic herself, as well as other artists participating in the Center, produced works in the public realm that dealt with questions concerning cultural memory, such as the war and the end of socialism. A special focus was developed by the project “Deconstruction of Monuments”, organized in 2005 by the SCCA. The project researched memorials and the ideologies and structures of dominance expressed therein as well as forms for a “new memorial” on multiple levels. Dunja Blazevic, the director of the SCCA, will be invited to Weimar.

In addition, Danica Dakic will present additional projects in which she has been involved with questions of constructing identity and home (Heimat) in other locations.

This introduction forms the starting point for the students’ own reflection and artistic work on similar questions in relation to Weimar.

In close collaboration with the team of the MFA program, traces of forty years of a German Democratic Republic history are to be taken as an occasion to search for the visibility of this past in the city of Weimar in the through artistic interventions. (Due to the anniversary of the Bauhaus, placing a special focus on dealing with the different phases of its existence is conceivable.) With small temporary installations, interventions, performances or other artistic activities in hidden places in the city, the students will develop a city plan offering new artistic attractions.

For the conclusion of the semester a collective visit in Sarajevo is being considered, where together with the team of the SCCA, selected locations of artistic commemoration will be explored.