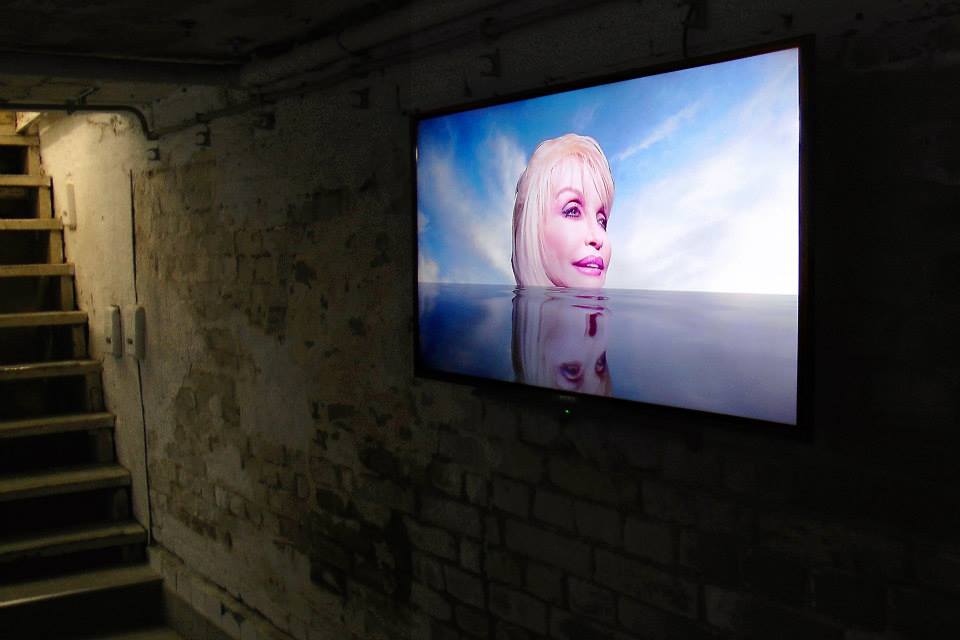 ROOM OF REQUIREMENT BERLIN is pleased to announce the opening of the exhibition Hands Off!, curated by Francesca Gavin, on March 12th at 7pm.

Hands Off!
A group show curated by Francesca Gavin

On view by appointment: This email address is being protected from spambots. You need JavaScript enabled to view it.

This is a show about fragmentation. In a post-digital world we are becoming increasingly detached from our physical selves. Literally cut off from our bodies. The work in this exhibition highlights how this disembodiment creates an image of a prescient computer or digital avatar in search of a body. The results can be uncanny, disturbing, or amusing. These almost-human pieces are unreal or impossible. These body parts feel removed, detached, robotic, sometimes lacking in emotion or presenting a performance of the emotional. Here hands, heads, teeth, cocks and legs appear to exist in a different realm. Hovering outside of the human. Stuck in some digital limbo. Half us, half tech. Together they emphasise the failure of technology to replicate and the failure of art to represent.

Aleksandra Domanović is based in Berlin and represented by Tanya Leighton. She has exhibited at the Gallery of Modern Art in Glasgow, New Museum and the Kunsthalle Basel. Her work is included in the current New Museum Triennial in New York. Her upcoming solo show is at museum Boijmans Rotterdam in June. http://aleksandradomanovic.com

Anthony Antonellis is an artist based on the internet in New York. His work has been exhibited at venues such as the Photographers' Gallery, London, Darbast Platform, Tehran, and Transfer Gallery, Brooklyn. He is the creator of online-gallery directory netartnet.net. http://anthonyantonellis.com

Bhakti Baxter shows with Federica Schiavo and Gallery Diet in Miami, where he is based. He has had solo exhibitions at the Museum of Contemporary Art in North Miami and Emmanuel Perrotin in Paris. http://federicaschiavo.com

Celia Hempton exhibited at last year’s Gwangju Biennale, as well as at the Kunstverein Aachen, South London Gallery, and Studio Voltaire. She is represented by Southard Reid in London and Galleria Lorcan O’Neill in Rome. http://southardreid.com, http://lorcanoneill.com

Harry Burden is based in London, Burden was included in the New British Art show at MOCCA Toronto and has exhibited at Kunsthalle Exnergasse in Vienna, Palais de Tokyo and Forgotten Bar in Berlin. http://harryburden.co.uk

Neil Rumming is an artist based in London who studied at Kingston University. Recent exhibitions include solo shows at COLE, HD Projects in New York and inclusions in groups show at Studio Voltaire and Kinman. http://neilrumming.com

Nina Beier is a Danish artist represented by Metro Pictures in New York and Croy Nielsen in Berlin. She has had solo shows at the Nottingham Contemporary, Proyectos Monclova and soon at Kunstverein Hamburg. http://metropictures.com, http://croynielsen.de

Simon Dybbroe Møller is a Danish artist represented by Laura Bartlett Gallery in London and Andersens Contemporary in Copenhagen. He has had solo shows at Objectif Exhibitions, Lulu and upcoming a large commission for the Centre Pompidou. http://laurabartlettgallery.com, http://andersenscontemporary.dk

Francesca Gavin is a curator and writer based in London. She is the Visual Arts Editor of Dazed & Confused, Art Editor of Twin, a contributing editor at Sleek and AnOther and the curator of the Soho House Group. She has written five books including ‘The Book of Hearts’, ‘100 New Artists’ and ‘Hell Bound: New Gothic Art’, as well as curating exhibitions including E-Vapor-8 (Site Sheffield and 319 Scholes), The Dark Cube (Palais de Tokyo) and The New Psychedelia (MM). http://roughversion.blogspot.com

ROOM OF REQUIREMENT is a series of exhibitions held in alternating spaces throughout Berlin. Different curators are invited to host limited numbers of rotating events until the space is finally returned to its original function. The room could disappear at any given moment yet also reappear at other times and locations in instances of requirement.

Formerly housed in a temporarily unused office building in Kreuzberg, 2015 Room of Requirement will be hosted by HORSEANDPONY Fine Arts.